Takotsubo (stress) cardiomyopathy (TSC) is defined by transient left ventricular (LV) dysfunction with a variety of wall-motion abnormalities (1,2). Generally recognized as a benign disorder, it predominantly affects elderly women and is often preceded by emotional and/or physical triggers, but has also been reported without evident ones (3,4). Clinical presentation, electrocardiographic findings and cardiac biomarker profiles are often similar to those of acute coronary syndromes (3). 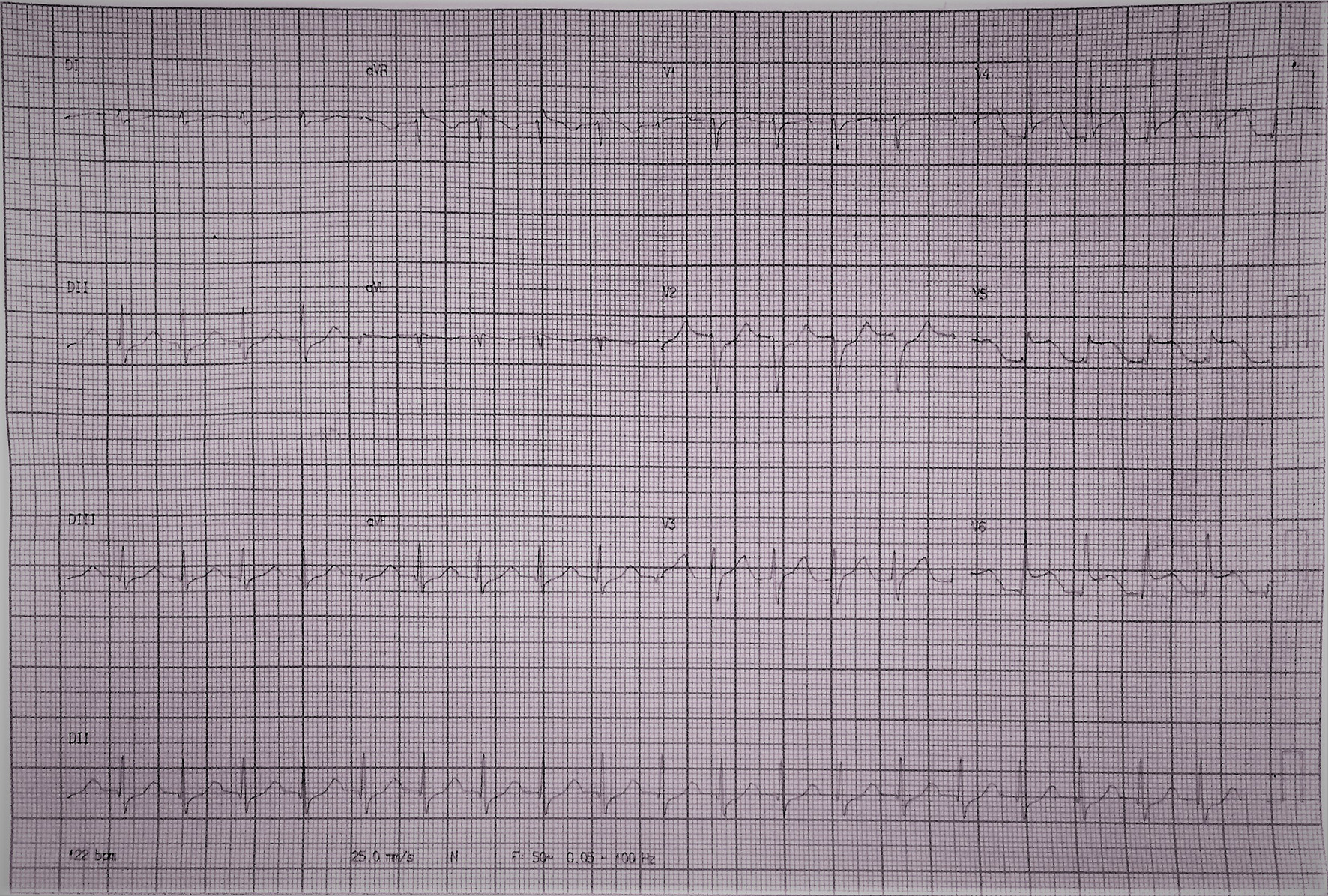 The exact pathophysiological mechanism of TSC is still unknown. Neuro-cardiac action with coronary artery vasospasm, like in the present case, may play a special role (8). The spectrum of TSC is wide and ranges from low to very high risk in the acute phase. The relatively rapid recovery of LV function and a selection bias of previous reports toward low-risk patients generated the misapprehension that it is a universally benign disease. This condition, however, represents an acute heart failure syndrome with substantial morbidity and mortality (3).

Conflicts of Interest: Both authors have completed the ICMJE uniform disclosure form (available at http://dx.doi.org/10.21037/jxym-20-90). The authors have no conflicts of interest to declare.

Ethical Statement: The authors are accountable for all aspects of the work in ensuring that questions related to the accuracy or integrity of any part of the work are appropriately investigated and resolved. All procedures performed in studies involving human participants were in accordance with the ethical standards of the institutional and/or national research committee(s) and with the Helsinki Declaration (as revised in 2013). Written informed consent was obtained from the patient for publication of this manuscript and any accompanying images.